Let me say that again: It’s me. To make that point clear, let me start with saying why I think the marches are a good thing:

I’m glad these marches are happening, and thankful to have the kind of friends who will be joining the ranks.

But I’m not marching. I’m speaking as a Black woman, but I can’t speak for all Black women. That said, here’s why the marches aren’t for me:

3. We’re still The Help. Ok, I know this is going to cause some cries of foul, but please remember, I’m speaking for me. The Women’s March platform says important things about the reality of women’s lives. It speaks honestly to traditional roles. That’s a real problem for Black women. Consider this plank:

“We recognize that women of color carry the heaviest burden in the global and domestic economic landscape, particularly in the care economy. We further affirm that… the burden of care falls disproportionately on the shoulders of women, particularly women of color.”

True. But the solution -“We must repair and replace the systemic disparities that permeate caregiving at every level of society” – is way too vague and doesn’t address the fact that systematic racism is what puts domesticity “disproportionately on the shoulders” of Black women (and yes, I know it’s about ‘women of color’ but I’m only qualified to speak about one color). That’s the problem with aspirational language. It’s fuzzy, and fuzzy logic makes for hazy solutions. In fact, you won’t find the word “racism” anywhere in the platform

4. It’s too soon. That intersectionality I applauded above? It’s good, but I’m not totally down with it. For one thing, as I’ve said before: Intersectionality is what others – especially White women – use as a rallying cry whenever they have a problem that requires critical mass. Suffrage. Women’s Rights. Hillary for President. Each time, Black women drank the intersectional Kool-Aid. Each time, we got Jim Jonesed.

“Did we say we wanted the vote for women? Oh, yeah, we meant White women.” In Alice Paul’s Congressional Union’s 1913 suffrage parade, Black women had to march in a segregated unit. In fact, White women argued for the vote by saying theirs would cancel out the Negro vote. And yeah, the 19th Amendment franchised all women, but Jim Crow disenfranchised Black women soon after.

“Did we say we believed in affirmative action? Oh, yeah, to help White women get White men’s jobs and pay.” Multiple studies show the benefits of affirmative action for women in education and hiring are more likely to accrue to White women than they are to women of color, creating an imbalance with real effects on employment and earning later in life. Affirmative action works, but way better for White women. And Abby has the nerve to stay mad!

“And we’re with her – unless that means we or our husbands have to relinquish privilege. In that case, 52% of us are with him (just don’t tell anybody, ok?)” And now you want me to march? Ummm, no. Let’s give the feministic neuralyzer time to work, ok?

5. I’m not sure what I’d be marching for. In 1963, it was The March on Washington for Jobs and Freedom. As far as I know, the only name now is the Women’s March on Washington. Firm grasp on the obvious. Women. Marching. On Washington. For a lot of stuff. Sometimes it’s possible to be too inclusive. Back to my point about specifics and demands—marches have clout when there are laws to change. In the ’60s, the people who could change the laws weren’t willing to be embarrassed on a national stage, and were concerned about what their peers and constituents thought. This rat’s den, led by the Rat King doesn’t give a rat’s ass what anyone thinks. So, what good is appealing to them NOT to do stuff they’ve been waiting their whole lives and sold what little souls they had to be able to do? Lucy Barber, that expert on marching I mentioned earlier, also said marches don’t change public policy. They rally the faithful, but they don’t convert the skeptical. And given what we’re dealing with right now, the skeptical look like the rational. You’re trying to change the resolved! If these were normal times, with normal politicians, marches might have normal results. There is nothing normal about this.

6. Shock value is, well, valuable. I don’t want anyone hurt, and probably nobody will be. At least not by the police. There will be permits, but for the most part, nobody is going to stop the organizers from doing anything other folks do. Cops and bikers won’t fear for their lives or stand their ground when White women march. Thus, it’s not likely anybody will be shocked to any great change of heart. When marches mattered, it was because they were unprecedented – in their visibility (TV was new, the Internet didn’t exist) and their brutality. I don’t wish that on anyone, but call me a glutton for punishment. I can’t seem to get my blood boiling for anything I’m not ready to shed it for.

7. I’m tired. Look, I understand how you feel. I still remember the first time I realized, 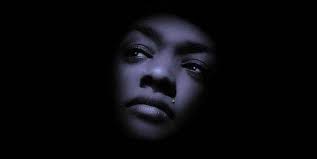 “Hey, that shit is NOT ok!” and decided it would not stand. For Black people, the oh-hell-no moment is an inevitability, a matter of when, not if.  Most of us have been here before, live here now, and expect to be here as long as we live. From slavery to Reconstruction, Jim Crow and the civil rights movement, Black people have been fighting the battles you’re now discovering since the day we got here. This is Reconstruction redux. I’m sorry, ya’ll, but I just don’t have the energy right now. Nor do I have the wide-eyed enthusiasm to believe any of this marching is going to help me or mine. It ain’t about me. This is about White women, who, for the first time, feel  they may be going backwards. You can’t go backwards far enough to be where we are right now.

I must ask – where were you recently when Black girls were being dragged by their hair and slammed against cars and walls, and Black women were being shot down in the streets and dying in prison at the hands of police persons unknown? Where were you when Republicans were systematically stripping Black folks – once again – of voting rights? Where were you when frat boys were singing racist ditties or donning Confederate uniforms to celebrate the old South? Some of you were starting to say, “Hey, that shit might NOT be ok!” — but you weren’t chartering buses to DC.

Look, I’m not saying there aren’t real problems ahead. You have some real problems now, and we are not your burden to bear. Just don’t get mad when we aren’t willing to bear yours – again.

All women should be frightened about losing reproductive rights. All women should be concerned about equal pay for equal work.  All women should worry when it’s ok to grab us by the pussy and get away with it. But please try to understand this – when you, as a person, have survived in a country that bred you like animals, sold and slaughtered your children, worked you from can see to can’t see for NO pay and told you your pussy didn’t even belong to you, well, Trump is a redundancy, business as usual, nothing new to see here. We are angry, but we are not surprised.

But that doesn’t mean I’m going to sit around and whine. Like each of us, I must figure out what my superpowers are. I’m not sure what mine are anymore, or what they need to be harnessed for and how. I would make a lousy politician, so that isn’t it. I’ll damn sure use my vote, but it’s going to take more than that. Trust me, I’m trying to figure out what to do with this mess. Nothing about it is normal, but everything about it is familiar. I may not be marching, but trust and believe I’m rooting for you. And I do believe there are points of intersectionality. We just aren’t there yet.