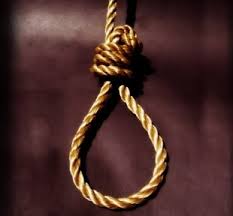 Imagine what would happen if all the people in five small Southern towns just disappeared? Slowly, over the course of 70 – 80 years. I think someone would notice the trend. Someone would conduct a study. The NYT would write about that study when it came out. If you didn’t know it was happening as it happened, you’d be asking some follow-up questions. If you did know, you might ask why, even advocate to stop whatever was ‘disappearing’ them. Evntually, someone would give the phenomenon a name and it would find its way into history books.

Guess what? Something like that did happen. From the late 1800s to the late 1960s, thousands of people disappeared as the result of one thing. More than the entire populations of Enterprise, MS; Ideal, GA; Adler, TX; Dodson, LA; and Carolina, AL. People knew it was happening because newspapers wrote about it. There were postcards with pictures. Some people advocated against it, but, since it could be contagious, only a hardy few risked those follow-up questions. Studies have been done, the NYT has written about it, and it wasn’t actually outlawed until 2005. But you won’t find it in most history books and only a few know much about it. Why is that? Because the people who disappeared overwhelmingly are Black, and Black lives don’t matter. What was it? Lynching.

Estimates of the number of Black people lynched vary.  3,446 between 1882 and 1968. 3,959 between 1877 and 1950, according to a study released earlier this year, which includes 700 people not named in previous studies, some conducted while lynching was still a thing.

Mind you, the number assuredly is higher than that. The recent study used the the NAACP’s definition, thereby accounting only for those events where three or more people did the lynching and somebody wrote about it. Trust and believe, the newspapers didn’t get all of them. Granted, there were picnics, photo ops and postcards at many of the lynchings, which were actually quite the social event in places and among people who didn’t know the difference between a pig pickin’ and a “coon cooking“.

If you’ve ever seen my library o

r my bulletin board, you know
lynching is a study of mine. I just can’t fathom that so many people could die in such gruesome ways for so long with thousands of witnesses at the “hands of persons unknown”. Imagine if they had been White. And before anyone says it, I know White people were lynched, many for coming to the aid of a Black victim or speaking out against the practice. But in SC, of the 160 recorded lynchings, 156 were of Black people. Let’s be real about where the real issue rests.

So, here are a few things you might not know about lynching:

Hers is the picture that hangs on my bulletin board. Hers is the picture that started me on a journey to write the story of Marie Scott, another woman lynched, then forgotten. One day, I’ll actually get it written. But, according to records, at least 150 women were lynched between 1886 and 1957. I’ve decided to do a pilgrimage, and visit every known site where a Black woman was lynched. I’ll write about it when I do.